What is Integration Testing?

Integration testing is a part of software testing where individual parts of your application are combined and tested as a group. This usually happens after the Testing of individual module units within a systemunit testing stage and before the Evaluation of the software against requirements gathered from users and system specificationssystem testing stage. Integration testing combines individually tested modules as a group and aims to discover faults related to the interactions between these modules.

Let's look at an example to better understand what these means. Suppose that you have built an online food ordering system and the architecture diagram of your application is shown as follows: 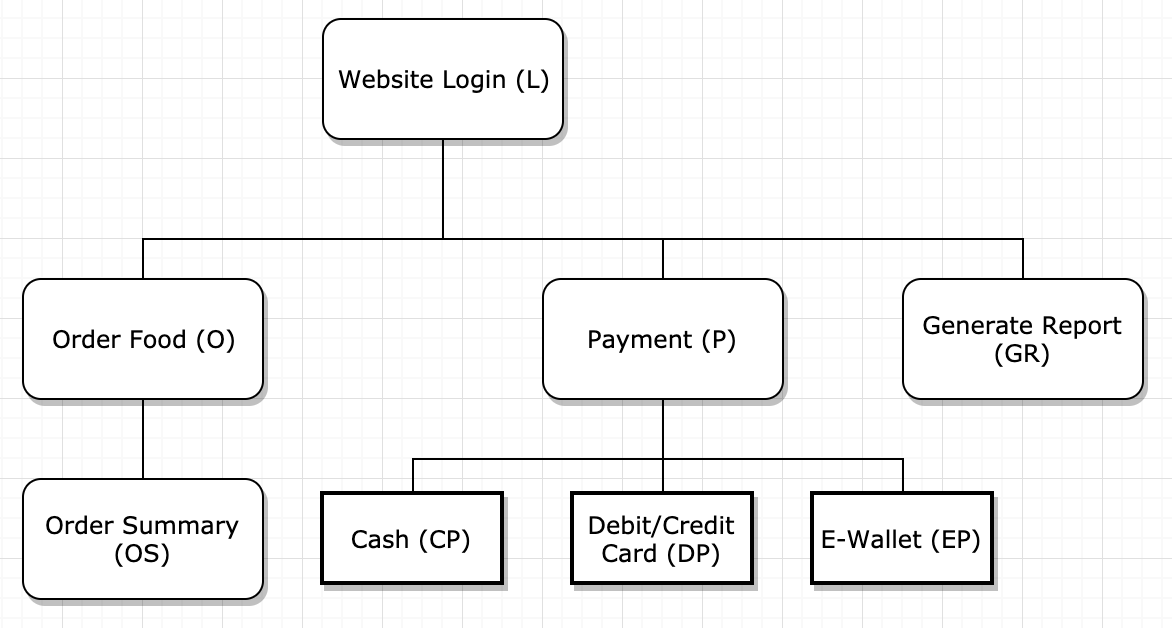 After completion of unit testing on individual modules, an integration test on Order Food and Order Summary checks that upon ordering food, the order summary reflects the correct food orders.

After completion of integration testing, a system test on the entire application could mimic a customer's point of view and checks that the functionalities such as Order Food, Payment and Generate Report work as intended.

Why is Integration Testing Important?

Suppose the Order Food module mentioned earlier allows each user to submit up to 10 orders each time. If the Order Summary module can only record a maximum of 5 orders each time, when the orders from Order Food are passed to the Order Summary module, 5 of the orders may not be taken into account. Hence, there is potential for problems such as such as data loss, inaccurate results and even system errors. Integration tests find these discrepancies before any serious damage is done.

Although system testing also help to uncover faults between modules, integration testing is still preferable as it is able to better isolate the scope of the features during testing, making it easier and faster to test. In fact, many integration problems can be detected and resolved in the early stage of development, which makes debugging easier when problems arise in the future.

Hence, integration testing can be useful in the development of any non-trivial software product. Concepts shared in this article can be adopted by different software applications.

This article provides more information on instances where integration testing is important.

How Does Integration Testing Work?

Using this specific system as an example, below is a list of things you should follow to execute effective integration testing:

Before the actual implementation of your integration tests, it is important to decide on the approach used. There are a few different approaches of integration testing in which you can adopt depending on the development progress of your application.

This approach involves integrating all the modules in your design diagram together and testing everything at once in a complete state. This is convenient but it is difficult to isolate defects and there is a high chance of missing critical underlying defects. Big bang integration testing is usually used for smaller applications with few modules.

An example of how big bang integration testing can be applied to our given example is shown below:

This article provides more details on the big bang approach.

This approach involves integrating two or more logically related modules. The other related modules are added and tested for proper functioning. This is repeated until all the modules are joined (or integrated incrementally) and tested successfully. It is usually preferred for applications with many modules.

Incremental integration testing is further split into the 3 approaches shown below:

This article provides a more detailed guide, with examples, on using specific methods for incremental testing together.

Before the actual coding is done, a basic test strategy deciding the test cases and test data used should be crafted. This usually involves setting a test case ID, objective, description and expected result. Using the example shown above, below shows a sample integration test used for the login and ordering modules:

As integration test cases are It generally takes longer time due to additional overheads such as waiting for dependent modules to respondexpensive operations compared to unit testing, it should focus mainly on the integration of modules together and not on specific actions within the same module.

This article explains more about the ways to structure incremental testing.

3. Execute the Test Scripts and Report Defects if Any

Depending on the approach you have chosen for your integration plan and the test cases, the way you execute your code for testing will differ.

Either way, such test scripts can help you in singling out specific integration errors to be resolved before it gets more serious. Hence, you should ensure that all high prioritized bugs are fixed before moving on.

This article shows more details on how to set up a test environment for better integration testing.

This article covers more details on how to effectively track down defects in a system and fix them.